And You Films came together as a creative and professional workforce in 2005 – a labor of love concurrent with other day jobs.  We incorporated in 2011, devoting ourselves to the cause full-time.  Today, our core team works with a variety of local artists on both large-scale independent film projects and client-sourced commercial videos. 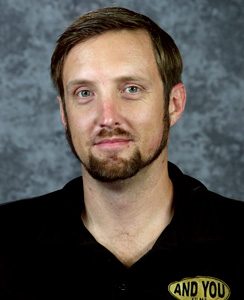 Brendan has loved filmmaking ever since his age-seven epic T-Rex Devours Dad’s Model City. He got his professional start working as both a freelance and media services videographer, and holds a BA in both Philosophy and Theatre Arts as well as an MFA in Acting. Brendan has directed two feature films (Flashback and Bubba the Redneck Werewolf) with another currently in-progress, as well as a plethora of shorts. He founded And You Films as a joint artistic and commercial venture. 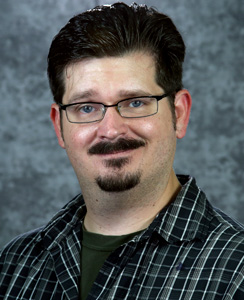 Will got his filmmaking start creating stop-motion shorts with his ludicrous amount of Star Wars toys. He went on to get his BA in English, and worked at Stetson University for seven years as a graphic designer, web/communications coordinator, and director of video and photography for University Marketing. Will has written multiple screenplays and novels, and has directed for both stage and screen. He joined with Brendan initially to play the role of villain Lamar Garret in Flashback before ultimately helping incorporate And You.

Aléa is a classically trained actress who has performed professionally in 26 states, Canada, Cuba, and Bahrain. After earning her BA in Theatre Arts from Rollins College, she continued her career acting and teaching with the Orlando Shakespeare Theater (where she met Brendan), toured internationally with the Missoula Children’s Theater, and taught middle school drama in Houston, TX. Recently she made the transition from stage to screen and has been working in the Central Florida film community as an actress and production manager for the past three years.

And You Films is an adventurous independent film company based in Central Florida.

Load More
Something is wrong. Response takes too long or there is JS error. Press Ctrl+Shift+J or Cmd+Shift+J on a Mac.