‘Gotta Kill ‘Em All’ In Post-Production 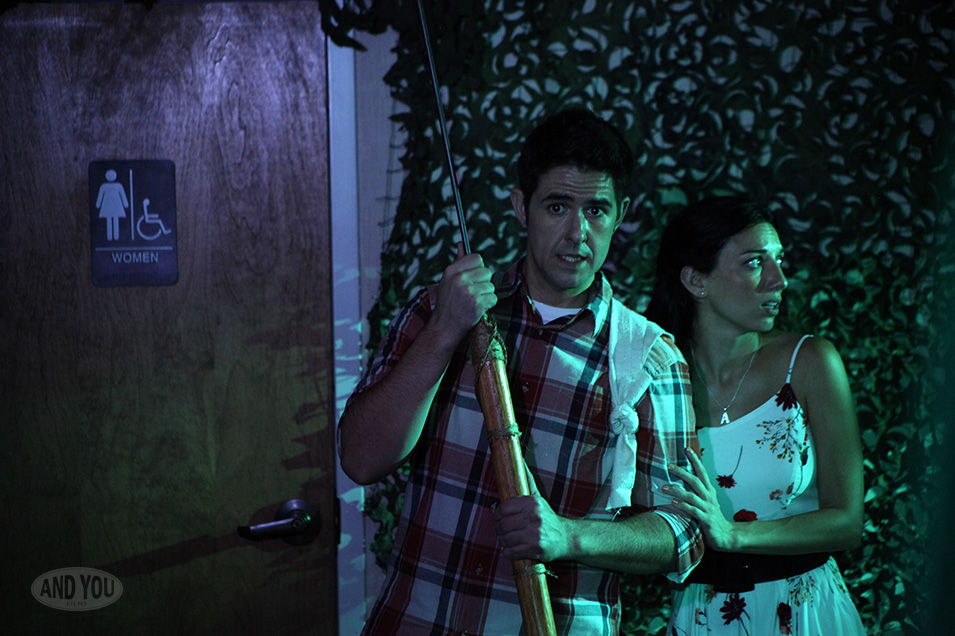 What’s lurking in that women’s restroom?

You’ll get to find out in 2017!  We’re excited to be making progress on our next film, the horror adventure Gotta Kill ‘Em All – starring Andy Gion and Aléa Figueroa (pictured above) as a couple who wind up in deep trouble after they trespass to play a Pokemon Go-like mobile game in a dangerous place.

Principal photography wrapped for Gotta Kill ‘Em All on October 11, 2016, with a trio of pickup days added at the end of the month. There may be a few more shoots to come, but not until we have a rough cut of the film edited.

Post-production has officially begun, and we urge everyone interested to follow Gotta Kill ‘Em All on Facebook for the latest news and a slew of behind-the-scenes photos.

And You Films is excited to announce that we’ve officially launched into production on “Gotta Kill ‘Em All” — a new horror adventure film about a group of friends who wander into danger while playing the “Pokémon Go“-like mobile app “Kill Monster Go !”

We announced the project at Dragon Con a few weeks back during the Dragon Con Film Festival, and production has begun this week. The film sprang to life quite suddenly in the midst of pre-production on another upcoming film, Daylight Savings Must Die. Production on that film, previously scheduled to shoot this year, has been pushed into 2017. In the meantime, if you like fun supernatural horror concepts that poke fun at the modern world… you’ll love Gotta Kill ‘Em All! 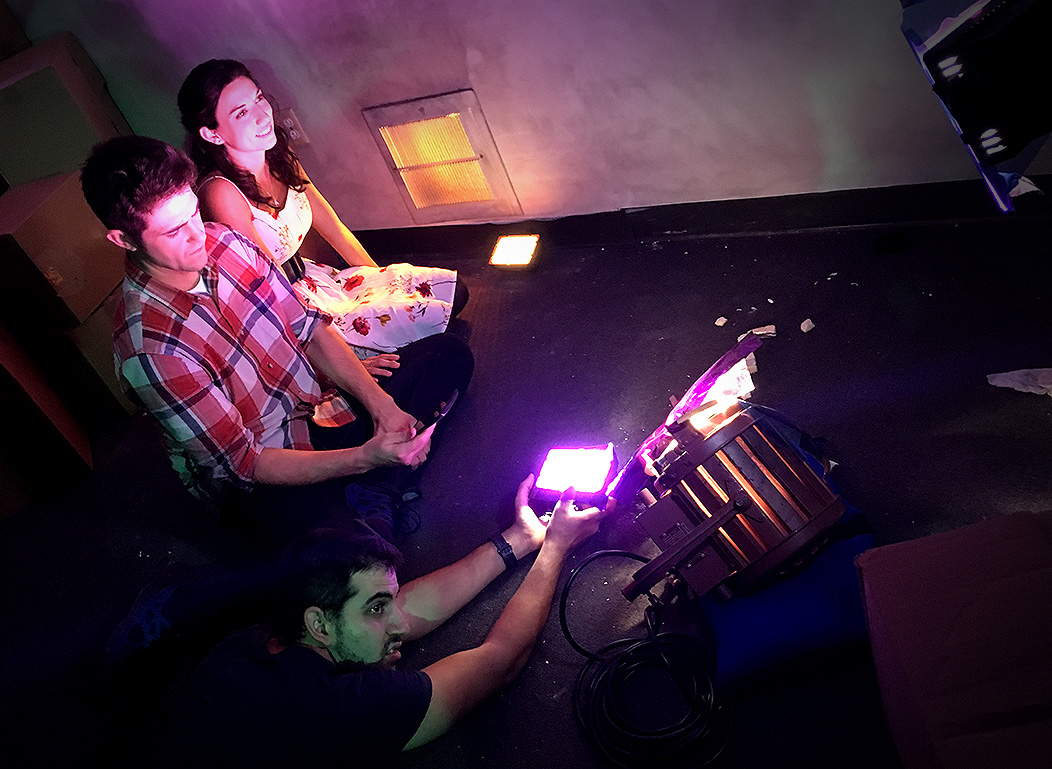 *Updated to reflect current release date*
Bubba The Redneck Werewolf is coming to Blu-ray, DVD and Digital / VOD on [January 17, 2017].
MVD has acquired the exclusive US distribution rights forBubba The Redneck Werewolf. Based on the cult classic comic book series, the feature film marks the second directorial effort of Brendan Jackson Rogers, who also serves as one of the film’s producers. 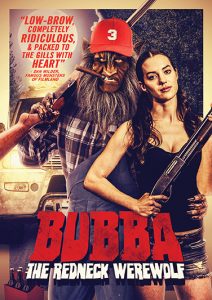 The deal was negotiated by Eric D. Wilkinson and Rob Hauschild for MVD and producer Will Phillips of And You Entertainment on behalf of the filmmakers.
Originally published in 1996 by Brass Ball Comics and later by Creature Entertainment, the cult classic comic is a favorite among collectors. Created by Mitch Hyman, who also serves as the film’s executive producer, the original idea of Bubba came from a Halloween costume. “I was invited as an adult to a Halloween party”, said Hyman. “I figured out how to make myself a wolf man. But the hair was so expensive and hard to work with for me at the time. I then figured out that I could get around it by putting on my 1980s trucker’s ball cap and add a pair of overalls. I knew was always clothed. This allowed me to use the hair I did have for the hands and facial appliance and make it work. So the prototype for Bubba was born!” Despite the ridiculous costume of convenience, the idea was born and Bubba made his first appearance in a CFD comics anthology series as a “scarier than hell werewolf”. Over time, Hyman embraced the absurdity of the character after he was presented with the idea of turning “Bubba” into an animated series. “I thought it would be fun to see how Bubba could be more benign. I re-vamped him and took him back to his first origin as a dog catcher, but now he was up against corporate pirates doing animal testing.” And thus the comedy-horror-sci-fi mash up of the character was born and remains to this day.

END_OF_DOCUMENT_TOKEN_TO_BE_REPLACED

On Naming Your Film

Movie titles are fascinating – and sometimes the most artistically fulfilling or narrative-appropriate title for your film isn’t the right choice.  It’s important to find the sweet spot between what makes sense for your movie and what will make people actually want to see it. 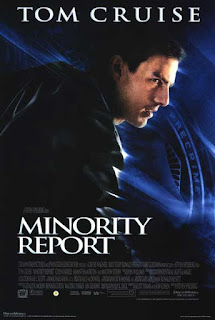 When trying to elaborate on this principle, I often go back to the title “Minority Report.” Literarily, it’s a solid title:  this elaborate sci-fi mystery hinges on the fact that every now and then a pre-crime prophecy is known to be reported inaccurately from a minority of prediction sources. So, yeah, the title makes technical sense, sounds like a sci-fi short story, and the moment in-film when the viewer comes to realize the title’s importance is effective because of the “ah-ha!” factor.
But outside the context of this being a Philip K. Dick story being retold by Stephen Spielberg starring Tom Cruise, it’s actually a crap title! I mean, what the hell is a “Minority Report” and why should I care!? If I do decide to see the film, I’m going to expect some sort of exposé on prejudice, or underage student essay. This is a movie about a police force that can see the future… Sure, titles like “Prophet Cops” or “Future Crime” don’t have quite the same ring of profundity to them, but you can bet they’d get more butts in seats than “Minority Report” if the film didn’t have well-respected names already attached. Note how Cruise’s name is as prominent as the title on the poster to the right.
So if you’re an independent filmmaker trying to establish a presence, hooking an audience with your title alone can be an important step in the right marketing direction.

END_OF_DOCUMENT_TOKEN_TO_BE_REPLACED

And You Films is excited to formally announce our next feature: Daylight Savings Must Die! Filming  (edit: 2017), DSMD will follow the adventures of a group of friends who go on a crusade to end Daylight Saving Time and inadvertently bring on the end of the world. Whoops!

On Perfecting Your Poster 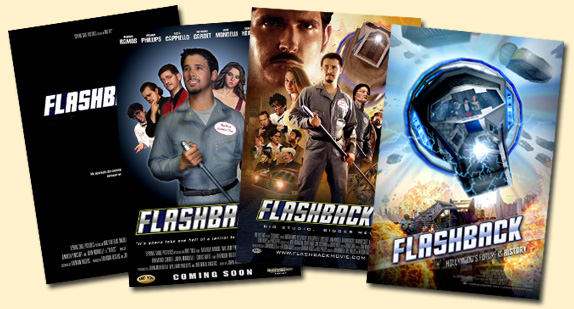 If you intend to sell your film, your artwork is possibly the single most important creative decision you’ll make. Sure, there are plenty of other crucial creative decisions to be made — particularly if you’re trying to make a good movie! — but the simple truth is that people DO judge a book by its cover. And several rounds of people are going to have to judge yours before journey’s end.

Before the movie’s production has even begun, media sources will be far more likely to pick up your story if they dig your artwork. Similarly, distributors you hope to court may pass on your film or put it in their ‘has potential’ pile based solely on the first thing they see: your cover image. And, of course, each and every would-be audience member could dismiss you outright if they perceive your poster to be uninteresting, vague, off-putting, or amateur.

So with that in mind: Behold(!) the journey of a grassroots movie’s poster art from wishful thinking to distributed DVD cover — and beyond!

END_OF_DOCUMENT_TOKEN_TO_BE_REPLACED

On Finding An Audience

So you’ve made a movie! Or you’ve made ten! Or you’re sitting around thinking about writing the catchy tagline to a rough-draft outline that may one day become a screenplay that may sometime eventually be turned into a movie!

Any which way, possibly the most important thing you’re going to need (in addition to everything else that’s of immense importance) is an audience. See, here’s the thing: you could have made the best movie of all time, but if no one knows (or worse: if no one cares) then it simply won’t matter. It won’t win you applause or accolades; it won’t gain you attention or fame; it won’t make you money, and it might not even bring you satisfaction – because, like most things in this world, what’s the damn point if you don’t have anyone to share it with?

So how do you find an audience? There’s no simple answer – but there are some frames of reference to help get you on the right track.
END_OF_DOCUMENT_TOKEN_TO_BE_REPLACED

Museum of Art, DeLand – The Paintings of John Mellencamp